It was on the to-do list. It’s not anymore.

One day the team met for a cup o’ joe.

“It’s really too bad,” someone said.

“That we don’t have a module generator to go with the component generator.”

It was too bad. So we made one. It’s free. How about trying it out?

Yes, let me try it

Our module creator makes life a little easier (so darn nice when that happens, right?). It simplifies the process and saves you the hassle of developing Joomla modules from scratch. The module generator provides you with a list of all your modules. That way you can build them again for another version of Joomla if you need to.

Your feedback is golden.

So if you can think of anything that will improve the module generator, please don’t hesitate to drop your piece of gold in our inbox.

By the way … Did you notice the makeover?

The Component Generator interface has undergone renovation. A complete one at that. When you log in, a brand-new design is waiting for you. Crisp and modern. Light and intuitive. Oh, and it’s faster, too. I hope you like it.

Have an incredible day. And stay safe.

Joomla! is the second largest open source Content Management System after WordPress. Joomla! is intended to help those who don’t know programming build websites. It’s written in the coding language PHP and it uses MySQL, MS SQL and PostgreSQL to store data.

You can use the Joomla system for websites of all sizes. Joomla sets no limitation to the type op website either. You can build and power everything from e-commerce sites, magazines and blog sites to booking sites and governmental applications.

In the official Joomla! Extension Directory you can find more than thousands of ad-ons free of charge that will improve your work.

When Mambo forked into Joomla!

20 years ago, in 2000, an Australian company named Miro (which is defunct today) developed a proprietary Content Management System called Mambo to which the public was allowed access a year later.

At first, things went slow but a year or so later, Mambo’s popularity began to increase.

In 2005, however, the story takes a turn. Disagreement arose within the board of the Mambo Foundation. The dispute concerned a copywrite issue. As a result, a team of developers and engineers developed a new system based on the Mambo open source code, and that became the code fork Joomla!. The Mambo Foundation Open Source developers also started their own foundation called Open Source Matters.

In a 2010 interview with Computerworld, Joomla project leader Andrew Eddie explains that Miro wanted the system to be commercial. Initially Mambo was supposed to be an open source system, and when it gained popularity, they would roll back the open source version and charge money for access.

Eventually the system did become popular. In the interview, Eddie, who was then a part of the Mambo developer team, goes on to explain that Australia-based company Miro simply didn’t understand the workings of open source and its community. Miro wanted to run Mambo in a way that just ran counter to the wishes of the open source community.

So, a split between Mambo and Joomla was inevitable. And within a year, the size of the Joomla! community had surpassed that of the Mambo community.

Version 1.0 Joomla officially marked the birth of Joomla! in September of 2005

Why the name Joomla?

The name Joomla is the result of several community suggestions.

The word Joomla is a reinvention of the Swahili word ‘Jumla’, which means all together. The open source theme and the roots of the name can be seen in the logo where 4 Js in different colors are interlinked to symbolize community.

Our developers have been working hard to make it possible for you to start creating components for the new Joomla 4 Alfa 12. Even though the latest version of Joomla is still in the process of development, you can, as a subscriber, already now build your components for this version with the Joomla Component Generator.

Of course, you can also build all of your existing components for Joomla 4. Just hit the edit icon and choose 4.x Alpha 12. The new components are built with support for namespaces and a bunch of new Joomla 4 classes. We cleaned up the legacy code as well.

The Joomla Component Generator is the perfect way for you to begin constructing components for 2020 and we’re really looking forward to having you on board! 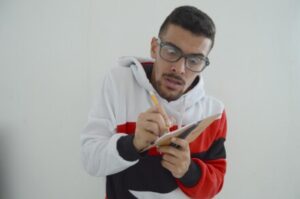 We love having you with us!

So we finally got around to launching the Joomla Component Generator
blog. We heard this blogging phenomenon is rather popular these days 🙂

On our blog, we’re going to post all sorts of interesting stuff for you
to devour. You may look forward to articles on various Joomla!-related
topics (yes, really). This includes SEO for Joomla!, How-to guides,
stats, and news. Even though we’re very much into Joomla!, we do
occasionally want to talk about other things. Like how you get the most
out of working from home or what to do if your content writing puts
people to sleep (which is very bad, unless you specialize in treating
insomniacs).

And of course, we’ll keep you updated on the latest features, updates,
and news from the Joomla Component Generator.

What do you say?

We hope you’ll stop by from time to time and catch up on your Component
Generator reading.

Have an awesome day.